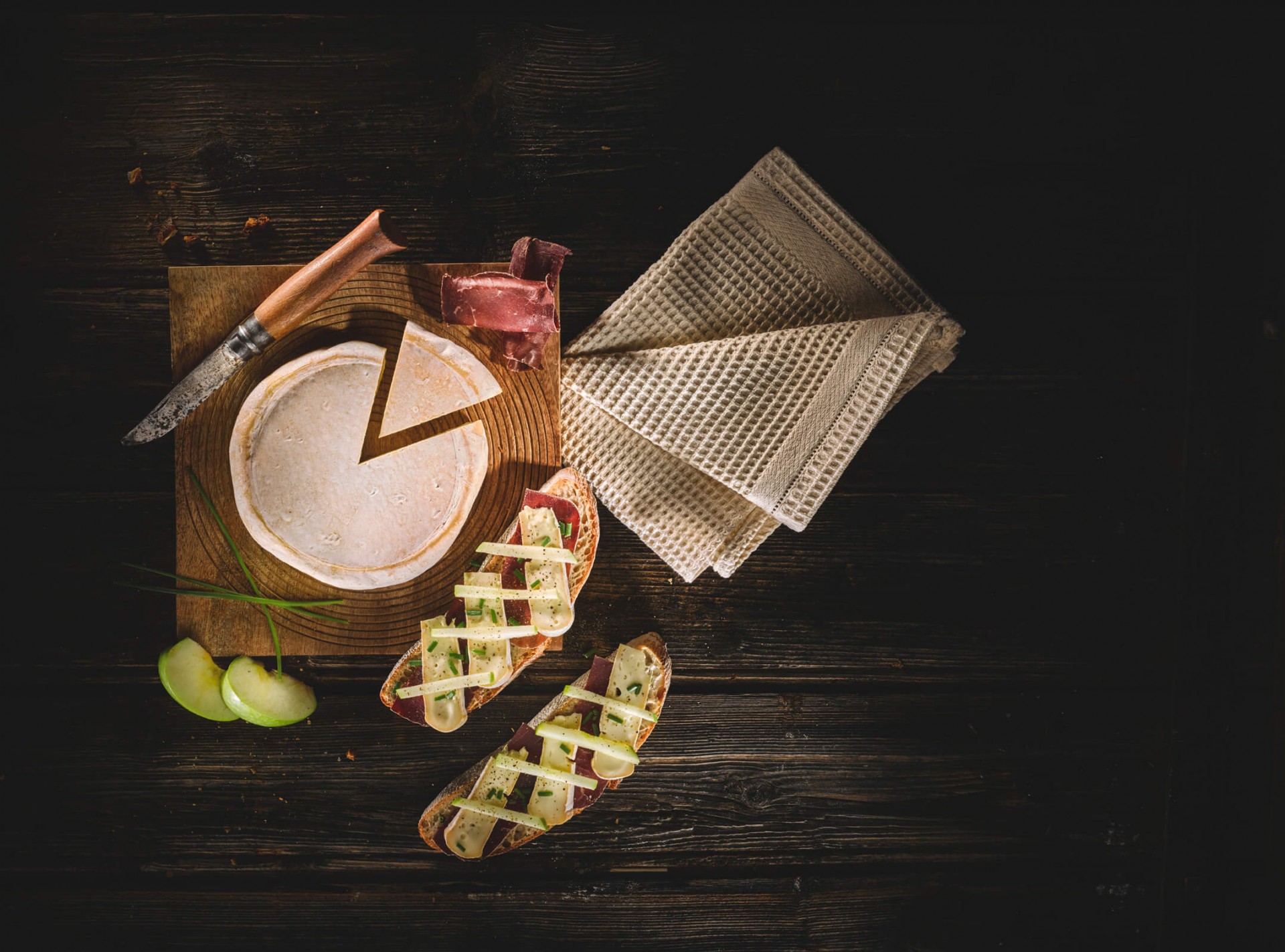 Nestled between Lake Annecy and the ski resorts of Haute-Savoie is the alpine village of Manigod, home to the aging caves of Joseph Paccard; an affineur and artisan who embodies the spirit of Cheese.

Joseph Paccard is 76 years old now, and the business has grown since he founded it in 1990 to involve sons Jean-François and Bertrand as part of a wider team. We spoke to sales and export manager Marc Birkett about their cheeses and the people and animals behind them.

“Joseph started out as a farmer in the late 1950s, and then in the late 60s he was part of a group that founded a dairy co-operative in Thônes, the home of Reblochon cheese. These co-operatives, then and now, mainly make cheese from the mixed milk of various farms, so they’re not real farmhouse cheeses. And that’s what Joseph wanted to do. So he eventually built his own cheese cave in Manigod, with the idea that he’d use it exclusively for the aging of raw milk farmhouse cheeses.”

The philosophy is a simple one, and it’s been the same since the cave was founded 31 years ago: “to give raw milk cheeses the right time, care and conditions to mature and fulfill their potential.”

The flagship cheese here in Reblochon, whose name comes from the Franco-Provençal verb blocher, to milk a cow’s udders. Thus reblocher means to milk a cow for a second time. But why? Marc explains: “The story goes back to the 13th century, when the farmers here in the Thônes Valley didn’t own their land—they were tenant farmers in a feudal system. The landlords would tax their tenants according to how much milk they produced, so the farmers deliberately held back when milking before a visit from the taxman. Then, afterwards, they’d milk the cows again and make a cheese from this second milking, and so Reblochon was born. There’s a legend that the milk of this second milking is creamier, but that’s not really true. It was a survival strategy.”

Reblochon has been an AOC (appellation d’origine contrôlée) since 1958 and its production—which can only take place in Haute-Savoie, must conform to a strict protocol. But, unfortunately for our American readers, as Reblochon is a raw milk cheese that’s only aged for two or three weeks, and not the minimum 60 days required by American law since 1987, it remains illegal to sell. Slow Food is a vocal opponent of this law and others around the world limiting the production and sale of raw milk cheeses. Of course, Paccard’s cave isn’t limited to just Reblochon: they also age the semi-hard tomme de savoie for periods up to eight weeks, and beaufort, the “Prince of Gruyères”, for up to two years, among others.

An essential link in the chain

Affineurs are vital components in the cheese landscape, particularly in ecosystems like the Thônes Valley. “There are 800 farmers who provide milk for the production of Reblochon, but only 20% of these farmers actually produce the cheese on their own farms. The vast majority give all their milk to the local co-ops. This 20% produce Reblochon in accordance with the rules of AOC, milking twice a day with twelve hours between millings. And of these farmer-producers around 95% deliver their cheese to affineurs like us to take over for the aging and marketing of the product. It’s rare to find a farmer who ages their own cheese nowadays: they either don’t have the space, or the time.”

The biodiversity of the alpine pastures is mirrored by a diversity of small-scale farmers in the local environment. “These farms generally only have between 40 and 60 cows, because to be part of the AOC they cannot produce more than 5000kg of cheese a year. Nor can they have robots to milk the cows, everything must be done by hand. We want to keep it this way. We want to our local agricultural economy to be based on small farms because this is where we find our strength and quality. I know farmers outside the AOC area that have 70 or 80 cows, that want to go up to even 120 cows, using robots for milking… ut they’re falling into a trap. The economies of scale don’t work, and they’ll end up making even less money than farmers with less cows who use their milk to make cheese.”

The animals of Joseph Paccard

What of the animals that make these dairy delights possible, then? Most of the cheeses aged in Paccard’s cave are made from the milk of three breeds:

The Abondance—which is also the name of a valley, and the traditional cheese made using its milk—is a sturdy mountain cow. “It’s not too heavy, so it’s a low-yield cow, but it’s a question of quality over quantity. It’s very well-suited to life in the mountains, up to 2500 meters above sea level. It even has these dark patches of fur around its eyes, like sunglasses.”

The Montbéliarde is a red-coated dairy breed, originally from the Franche-Comté region. It’s slightly less hardy than the Abondance, but produces significantly more milk.

The Tarine or Tarentaise, another high altitude cow that has adapted over centuries to the alpine slopes. The distinct flavor of its milk is used principally for the production of Beaufort cheese.

You can taste some of Joseph Paccard’s creations for yourself at a dedicated Taste Workshop in Bra on September 17. We’ll taste a range of their products, from Farmhouse Abondance to Beaufort, and of course, Reblochon. And it’s an occasion that Marc and the team at Joseph Paccard are looking forward to, after all, as he tells us, “Cheese is the best fair we’ve ever done. It’s always beautiful weather, the people are nice, the Italians are so keen on tasting our cheeses…”

And it’s not just a business opportunity either. “It’s a chance for us to meet other professionals from across the industry, a chance to broaden our outlook and absorb the experiences of others sailing in the same boat. We all have the same concerns regarding quality, and for the society of today and tomorrow, and Cheese is where we all meet. But most of all, Cheese is just a really good time.”

You can taste (and buy!) Joseph Paccard’s cheeses at the market and explore them further in the dedicated Taste Workshop on September 17. Tickets are on sale now!